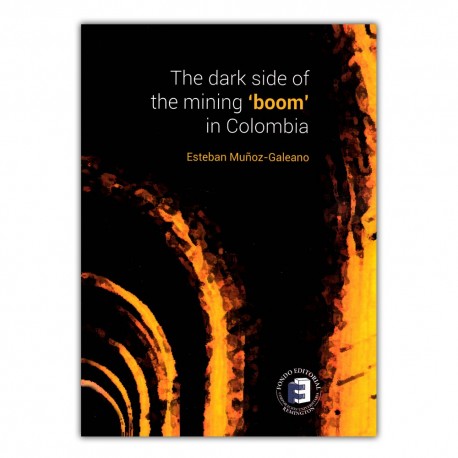 The dark side of the mining 'boom' in Colombia

Reseña. The dark side of the mining 'boom' in Colombia

“This book seeks to offer a general approaching to breaches to human rights and the adverse effects on the environment resulting from the open economic policies implemented by the last Colombian Government’s between 2002 and 2014 for the extraction of gold and coal in the departments of Antioquia, Cesar, La Guajira and Tolima.
This text contains an overview of the mining policies adopted during the mentioned period, and their transformation throughout the years. It then goes on to the two most problematic situations documented so far, namely, the breach of human rights in the form of forced displacement and violence against civilians in areas of abundant mineral reserves and the violation of environmental rights due to contamination of land, water and air resources.
The author pursues to analyse within the context of a descriptive methodology, how these “unwelcome” social and environmental side effects of the mining industry in Colombia can be considered breaches of diverse human and environmental rights in the most relevant mining zones in the country”.

Contenido. The dark side of the mining 'boom' in Colombia

Introduction
Economic liberalization policies and foreign investment in the current Colombian mining context
About the breach of human rights in mining areas due to forced displacement and violence against the civilian population
- International and local legal framework on internal displacement
- Facts and figures about internal forced displacement in mining zones in Colombia
- Coal mining in Cesar as an example of multinational mining companies obtaining profits from the breach of human rights
- Chapter conclusion
Adverse effects on the environment due to contamination of land, water and air in mining zones in Colombia
- International and local legal framework on the right to the environment
- Most damaging environmental impacts of mining activity in Colombia: open-pit coal mining and extraction of gold using cyanide
- The environmental impact of open-pit coal mining
- Gaining profits from the production of coal in La Guajira: at what cost?
- Environmental damage due to the use of cyanide for the exploitation of gold
- Potential environmental tragedy in Tolima: La Colosa
- Chapter conclusión
General conclusion
References